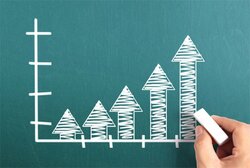 Following the announcement of the general policies of the Seventh Five-year National Development Plan (2022-2026) by the Leader of the Islamic Revolution Ayatollah Seyed Ali Khamenei, President Ebrahim Raisi has tasked the Planning and Budget Organization (PBO) to officially start the compilation of the plan, IRIB reported on Wednesday.

According to Babak Afghahi, the acting head of PBO’s Parliamentary Affairs Department, the organization has already started the process and since the previous year numerous meetings have been held for the preparation of the country’s Seventh Five-year National Development Plan.

The mentioned policies were mainly focused on economic development and the promotion of justice as the major priorities.

The Leader set an average economic growth of eight percent as the goal for the duration of the mentioned plan, emphasizing the increase in the efficiency of all production factors including human resources, capital, technology, and management.

Establishing stability in the prices of consumer data-x-items and forex rates, reaching a single-digit inflation rate, as well as directing liquidity and bank credits towards productive sectors are also among the major policies set by the plan.

Reforming the structure of the government budget was also among the major policies stressed in the Seventh National Development Plan.

Transforming the country’s tax system with the approach of turning taxes into the main source of government revenues is also another major policy set by the plan.

Establishing a comprehensive social security system that encompasses relief, support, and insurance at the basic, surplus, and supplementary levels to provide fair services was the final economic policy that the executive bodies are obliged to follow in the said five years.