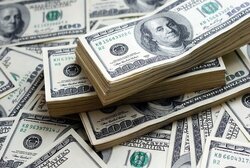 Based on the CBI data, from the total foreign debt, $5.481 billion was mid-term and long-term debts while $1.765 billion was short-term debts, IRIB reported.

External debt is the portion of a country's debt that is borrowed from foreign lenders including commercial banks, governments, or international financial institutions. These loans, including interest, must usually be paid in the currency in which the loan was made.
Foreign debt as a percentage of Gross Domestic Product (GDP) is the ratio between the debt a country owes to non-resident creditors and its nominal GDP.

The ratio of Iran's foreign debt to GDP is very insignificant and considering this figure, Iran is among the countries with the lowest amount of foreign debt in the world due to the U.S. sanctions and their consequent financial restrictions.
Having external debts is an important economic indicator globally, but it is not currently important for Iran since the country has almost no foreign debts.
Iran’s external debt has been falling in recent years following a downward trend.