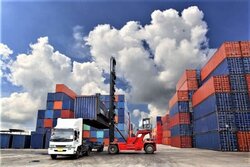 The mentioned funding is being provided to approved export companies in the form of low-interest bank loans supplied by 13 acting banks, Ghamari said.

According to the official, half of the above-mentioned figure is provided by the National Development Fund (NDF) and the other half is supplied by the banking system, the TPO portal reported on Saturday.

Ghamari noted that the process for assessing the eligibility of 120 export companies that have applied for the mentioned facilities is already completed and the list of these companies has been sent to the acting banks for credit qualification and payment of facilities.

Back in September 2021, TPO Head Alireza Peyman-Pak had announced the finalization of the instructions for the implementation of Article 3 of the Non-Oil Export Support Package for the current calendar year which deals with paying facilities to export-oriented companies.

According to Peyman-Pak, the mentioned facilities will be provided in the form of working capital loans and also foreign currency facilities.

“Based on the provisions of the mentioned instructions, which has been prepared using the opinions of the major sectors affecting the country's foreign trade, we tried to make the process of allocating and paying working capital facilities online and in the shortest possible time, and all information and evaluations are done through the system in a purposeful and transparent manner,” Peyman Pak said regarding the mentioned allocations.