Annual petchem export expected to hit $18b by next March 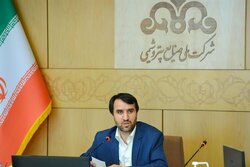 Morteza Shahmirzaei said that currently, the petrochemical sector has the highest added value in the oil industry chain.

“Some products were not considered in the previous periods and we were faced with their import at the cost of five billion dollars”, he said, adding, “The products of the propylene chain are of special importance and include 70 percent of the total petrochemical imports. To reduce the dependency, the petrochemical company has focused on the development of value chain projects.”

Back in mid-May, the official had said that Iran exported petrochemical products valued at more than $15 billion in the past Iranian calendar year 1400 (ended on March 20).

He said that of the mentioned $15 billion petchem revenues, over $12.5 billion was injected into the Forex Management Integrated System, locally known as NIMA.

The NPC’s managing director further stressed that petrochemical industry is a value and job-creating industry, which has no risk.

The official said that 69 production units (including three service units which provide services such as water, electricity, and steam for the production units) are now active in the petrochemical industry of Iran, which play some significant role in bringing foreign currency for the country.

Elsewhere in his remarks, Shahmirzaei stressed that domestic production should be realized in all sectors of the petrochemical industry.

A small part is still remained, so that this target will be achieved, he added.

Petrochemical Research and Technology Company and Research Institute of Petroleum Industry in addition to the other related institutes and centers are taking all efforts in this due, the official added.

He mentioned West Eslam-Abad petrochemical project as one of the projects that all of its parts will be domestically produced.

“We should apply five technical knowledge for this project, which require some special preciseness and effort”, Shahmirzaei noted.